The Eye of the Bluebird • October 19, 2021 • https://kenwoodnews.org/2472/sports/kenwoods-girls-soccer-on-a-hot-streak-as-they-head-into-playoffs/ 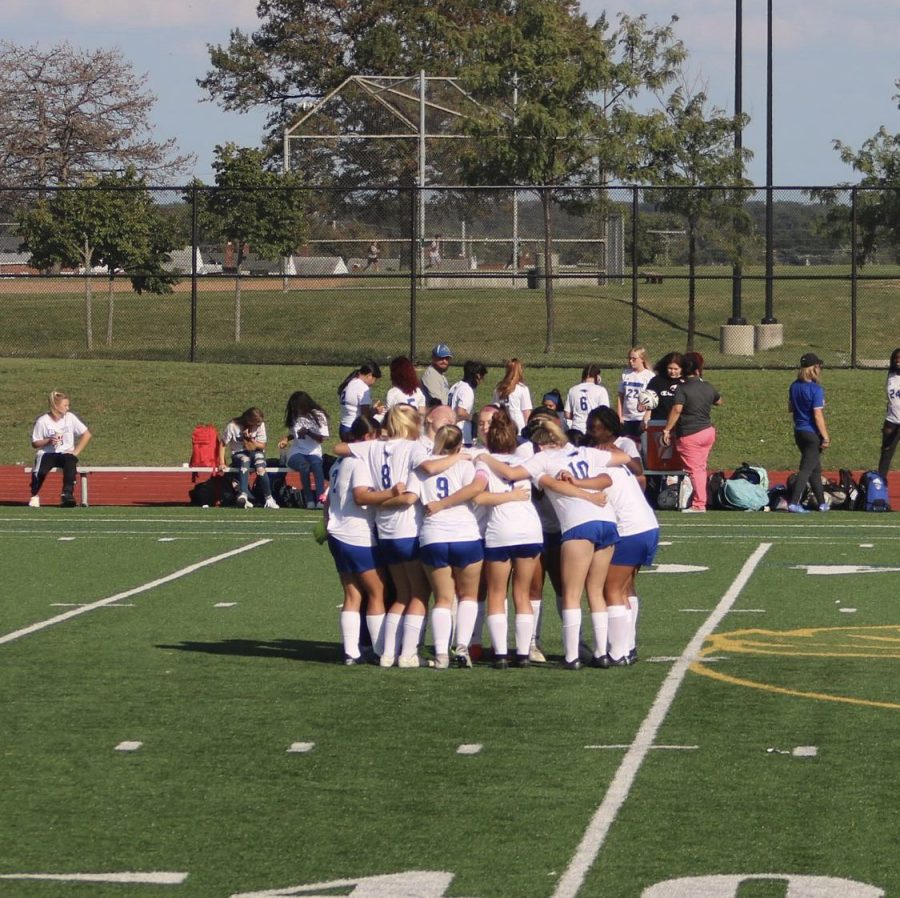 “Keep working even when no one is watching.” said a famous female soccer player, Alex Morgan. That’s exactly what Kenwood girl soccer team does. The season didn’t start off to good with their first couple of “out of district” games but when the games started to count, they made it count and played to win.

The team dynamic has been amazing according to players on the team. Senior captain Shyan Chenoweth shares, “I’m looking forward to playing my last year with the girls that we have on the team and dealing with all the craziness.” While referring to the craziness, the team is enjoying many laughs while goofing off. This dynamic is what contributed to their 5 amazing wins making their record 5-1.

Senior Goalie Isabel Atkisson shared, “As a whole, I feel as if we have a great team, because win, lose, or draw we try to have fun. We keep a positive energy by keep each other up through the times. I feel as if as a team we can communicate more on and off the field, but as a group we are pretty connected.” They get more and more connected by the day.

After 5 amazing wins and two great team dinners, the team couldn’t be more connected. The team gets better on and off the field, working together to make that happen. The team is looking forward to one more in district game tonight, Oct 19 here at home against Patapasco. Next week with kick off the playoff season where the girls are hopeful they can take the winning title.

Kenwood soccer coach Gabby Tomasura is feeling pretty positve about the end of the season. She shares, “I hope we come together to play as a team and play the kind of soccer we know they can play and make a run as far as we can. If we control the narrative of the season we’ll have a good run.”