A Race to Power: The 2020 Presidential Election 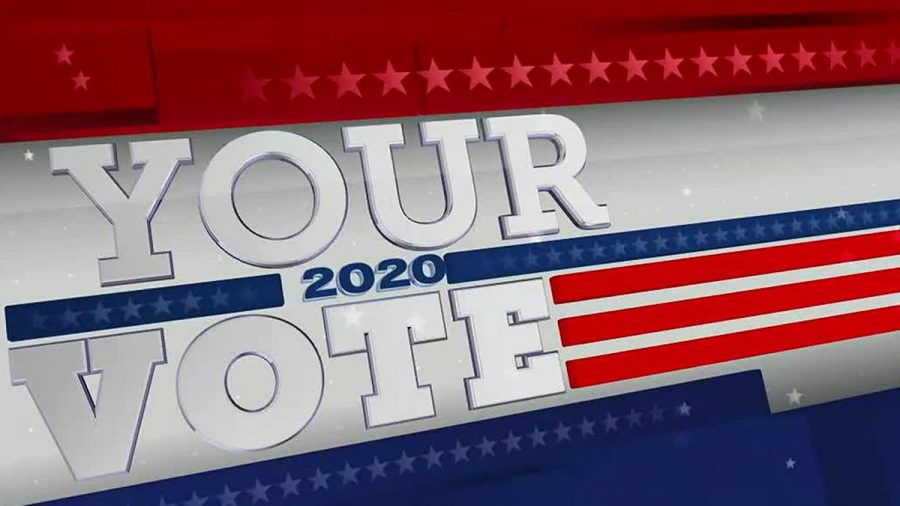 The Presidential Election took place on November 3, 2020 between the two candidates of former President Donald Trump and Democratic opponent Vice President Joe Biden. Details and opinions have been soaring in our country but our job as citizens, if eligible, was to vote for the most fitted leader to represent and unite us as a whole; as a nation.

There are many pros and cons that can be taken from this year’s election. Mr. Williams, Kenwood history teacher  says, “I guess a con of the election is that there’s just too much out there. All the news stories are on the election and are too focused to talk about anything else in the world.” Adding on, Mr. Williams says “The pro is obvious…an opportunity for voters to voice their beliefs.”

As more and more youth are interested in registering to vote, the youth can have an impact on the change they’d like to see happen because they are the next generation of leaders and voters. The important impact of young voters is that “they say young voters are coming out more than ever before to make their voice heard,” Mr. Williams states. “Most are very passionate about what they stand for. A lot of young voters care a lot about climate change and the safety of guns. School shootings woke up a lot of people.”

Overall, one thing young voters share in common is feeling like they can accomplish change with their vote. With more young voters than ever before, it’s our generation’s chance to open a new pathway of unity and democracy for the country that we are living in. We have a sense of contributing to the issues of  the present and beyond in the future. According to the Center for Information & Research on Civic Learning and Engagement (CIRCLE) at Tufts University, “New analysis of young voter turnout indicates a higher percentage of adults under the age of 30 cast ballots in this fall’s presidential election than any other election in history” (Pransky).

Many were concerned if the election would be ensured in all communities? Did everyone registered have access to vote? Since COVID was still a major issue, people had the option to vote by mail. This gives access to every registered voter that would much likely prefer the safer alternative than voting in person and standing in huge lines that could possibly be a risk to their health. “The health concerns of the pandemic makes it less likely for people to go out and vote. The access to in mail voting is more popular and more people won’t be as lazy to participate in the election.” This gives all voters a chance to stay at home instead of standing in a long line that may also put their health in danger. Even with the record number of mail in voting there were still lines of citizens at voting polls lining up to cast their vote on November 3. The Washington Post states that “More Americans voted in the 2020 election than in any other in more than 100 years. Nearly 65 percent of the voting-eligible population cast a ballot!” (Schaul).

Despite which option of voting accessibility that someone chose, so many feel every vote matters. One vote could change everything when an election is close. Whether Republican or Democrat, you should always use your voice for what you believe in. “I believe the country is so divided that votes count so much now. It is the right as an American. They also say it’s going to be really close, so you just never know,” Mr. Williams says. The outcome may be unpredictable, but without voting, how can America really be America without the right to cast your vote?

Each candidate had different goals in leading our country with  Biden caring more for the coronavirus and the steps or restrictions we the people, as a whole, can do to stop this virus. On the other hand, Trump is more for strengthening the economy and functioning businesses and the world during and after the pandemic.

The counting of the election results went on from November 3-7 due to many mail in ballots being counted. By Saturday, November 7th,  the president elect was presented to the world. Joe Biden was announced as the President-elect  after securing 290 electoral votes as Trump failed to re-gain his presidency with 214 electoral votes.

Many would think this means the election is over. From looking at the results it’s concluded that Biden had succeeded against Trump, but what is also happening? Donald Trump believes there must’ve been voter fraud, believing many of his ballots were thrown away and even that “dead people” were voting. Trump’s plans suggest that he will file a lawsuit and take it to the Supreme Court for a re-counting of votes.

Many were hopeful that once election day passed the media and news coverage of the election would be over and people could go back to living their lives knowing who their president was, but as 2020 has been there still seems to be more to this evolving story of who will be our next president.

Though many Kenwood students were not eligible to vote yet, students more than ever before are aware of the political turmoil in our country and are looking forward to their chance in four years to have their voice heard in who should be president. They have high hopes and expectations for the future candidates they’ll be supporting and voting for. Kenwood student Jasmine Ramos shares, “We need to rebuild and recreate “normal”. As we move forward from the pandemic and this election we need leaders to share positivity and help people who need it, modeling things as simple as giving compliments and letting people know you are there for them.”

Though young, today’s youth is more aware of the role of politics than possibly any generation before it as evident by the high youth voter turnout in this election. Today’s youth knows what they want for their future. They might have four or less years to vote but most of them know what they want to see in the next years and they will be looking for future presidential candidates that reflect their values.

They want to see change, equality, and peace from their leaders. They want the world to become a better place for them. Student Nygel B shares, “We need leaders to work with us to create a movement of our time going forward that’s positive and inspirational. That’s the future we want to create.” Students know what they want, and they look forward to having the voice of their vote heard in the future.