The Eye of the Bluebird • February 25, 2020 • https://kenwoodnews.org/1439/sports/what-sports-teach-you-besides-winning/

What Sports Teach You Besides Winning 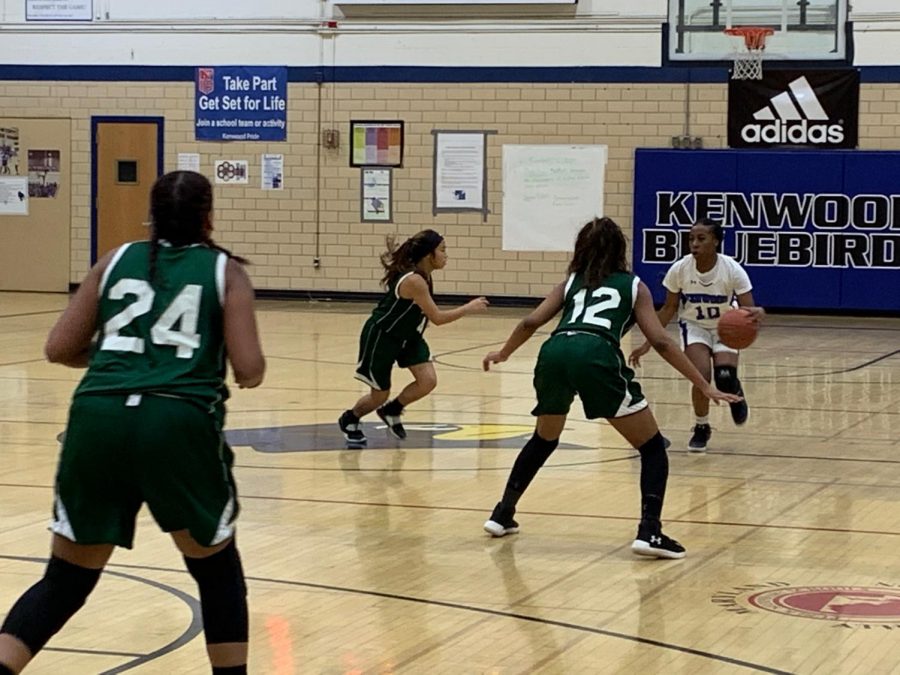 Kenwood High School is known for its excellent sports program. Currently, this year’s girls basketball team is struggling but it’s not a lack of effort as apparent in their recent game against Carver where one player left sick, three put on the intense defensive game but unfortunately fouled out leaving just four girls to finish the game in a tough but close loss.

According to Kaliyah Harris, the most defensive player of the team, “So far, the season has been rough due to our losses. I hope we can make it to the 2nd round of playoffs. If we can put in the same energy we put in towards the end of games, we have a chance.”

Having to work hard and overcome defeat always makes the later victories that much sweeter, and that’s Sofia Soyemi’s hope for the girls’ basketball team moving forward. “I look forward to practices more than I am to games right now. Winning is not something you get from laying around. Though this season has been tough, my future hope for this team is we will outwork other teams going forward because of how much hard work we put in at practice,” shared Soyemi.

The intense energy that the team has to offer will help them to do better in their future games. The key to a great basketball team is communication, teamwork, and hard work. Those three things help but if a team doesn’t have chemistry, leaders, and teammates that will pick one another up, the season can be rough.

Whether winning or losing, playing high sports is often an experience that transcends the sport itself. “Playing basketball isn’t just about playing basketball. It gives me a thrill that I can’t get out of my head. Just the sound of my team cheering me on to do better is the only motivation I need. No one can take away the love I have for this sport. Not only is it pushing me to get in shape, but it is also pushing me to have better-listening skills and how to take constructive criticism from my coaches,” shares junior Kaila Corey.

In all students as athletes don’t just grow from winning games, they grow from losing. Athletes gain experience, a stronger love for the sport, and an even better mindset on how to take and overcome a loss. They eventually learn that losing is just another way to better themselves and learn from their mistakes.

The impact that Kenwood basketball has had on Kaila so far as well as the rest of the team has been positive. They are continuously learning how to better themselves and work through struggle to better each other by learning from their mistakes and listening to their coaches. Kenwood Girls Varsity will continue to do their best to make it to the playoffs and hopefully come home with some future wins. The team faces Aberdeen on Friday night February 29 at Aberdeen.
.