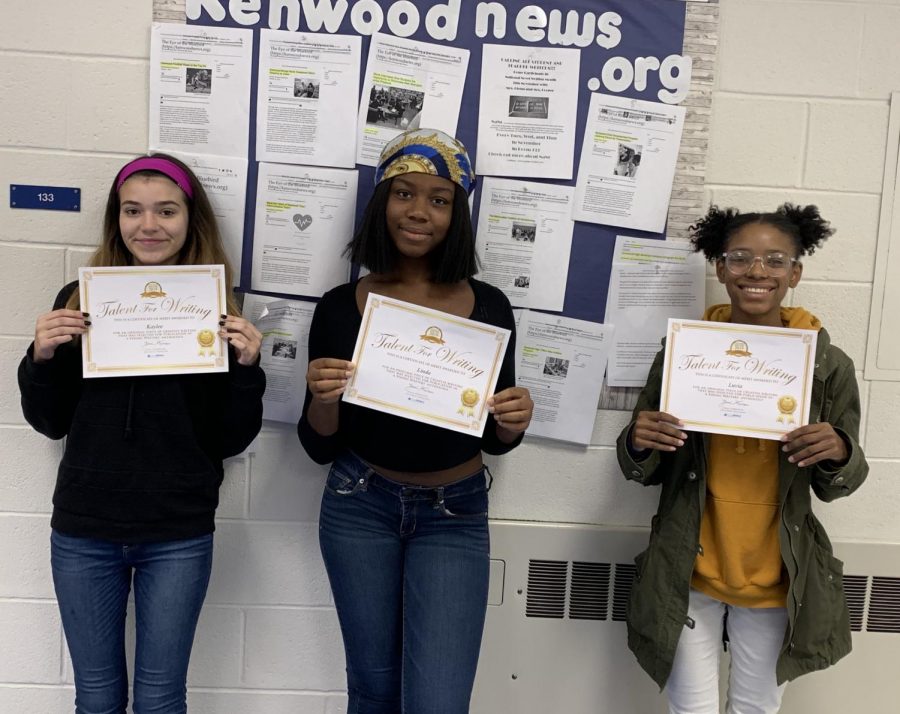 Three journalism students showcasing their announcement for their upcoming short story in a book anthology.

Just four months into the first journalism class offered at Kenwood High, student work has already appeared in The Avenue News and the BCPS blog and e-newsletter (stories about composting and carpentry) in addition to the school’s online news site, The Eye of the Bluebird.

Soon, the students expect to see their review of “The Phantom of the Opera” published on the Hippodrome Foundation’s Young Critics website. They worked on it with WYPR theater critic J. Wynn Rousuck (formerly The Baltimore Sun’s theater critic). By the spring, student work will also appear in Young Writers’ Survival Sagas: Mission Contamination anthology and Charm City Magazine.

The students have just begun working with WMAR2 morning news anchor Christian Schaffer on coproducing a news story for National News Literacy Week (Jan. 27 – Feb. 2). That story will air the last week in January. A second story that will air that week is a behind-the-scenes look at how the Kenwood High journalism class worked with WMAR.

Check out the rest of this story on BCPS Exposure