The Eye of the Bluebird • October 8, 2019 • https://kenwoodnews.org/1087/news/make-the-right-choices-now-to-avoid-the-senior-appeal-process/ 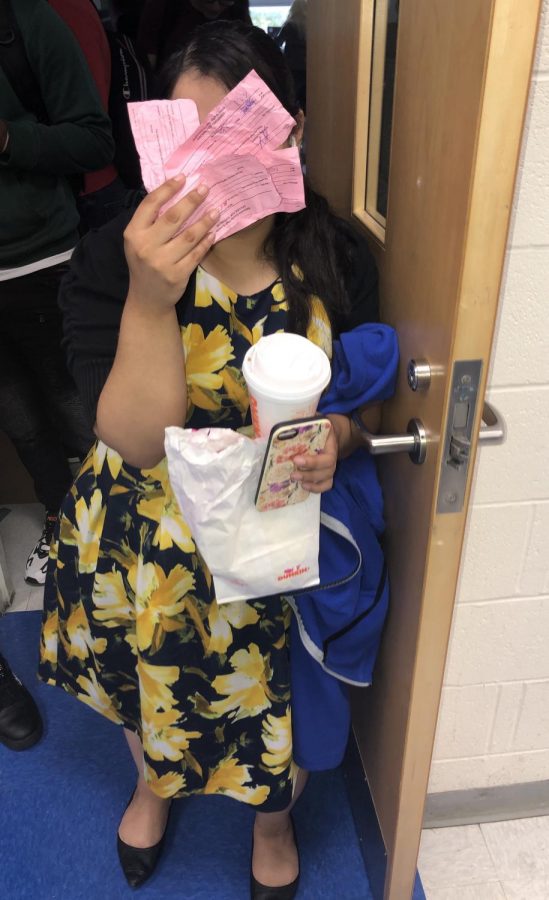 Kenwood High School has a new policy that went into effect a couple years ago. The idea came from the principal, Mr. Powell. He says, “The idea came up through ongoing discussions of student progress and attending prom. I wanted to be fair and wanted the seniors to be able to learn from their possible mistakes and have the opportunity to reflect on them.”

If a student’s name appears on the list, there is a handout they must get which has three or four questions on it. They must write a letter to Mr. Powell answering the questions and give it to him before prom for review and a decision to be made on their status. Powell said, “The appeal process is based off three criteria: attendance, behavior, and academic progress.”

T. Taormino, Grade 12, said “I don’t know a whole lot about the senior appeal process but I think it’s when you have to write something to the principal so that you can go to prom.” Do seniors think the process would help all seniors make good choices? Senior Raven’s felt “If seniors want to go somewhere like prom and they can’t go, they’ll try and act better so they can get what they want.” Seniors are about to head off into the real world where latenesses and absences will no longer be acceptable. Now is the time for them to form good habits about being on time and showing up to obligations.

Nicholas S., a senior last year, had to write an appeal. Nicholas S described the process as, “It’s more or less a letter explaining how you’ve changed to improve your life and your plan to graduate on time.” He had the time before prom to write the appeal letter to Mr. Powell, but who really wants to add that to their senior prep list so it just makes more sense to take action now to avoid having to appeal in the first place.

Some seniors aren’t even aware of the senior appeal process. Some students go into their senior year not knowing anything about it, but it’s the beginning of the school year now with lots of time to make the right decisions and get into the right habits for the school year. As seniors make plans for prom, senior farewell, etc, don’t plan on having to write to Mr. Powell at the end of the day to appeal for poor choices throughout your senior year. Make the right choices now to avoid the senior appeal process.